Panhandle To Pan: Recipes and Stories from the New Redneck Riviera Cookbook, published 2015

Irv has had featured articles or has appeared in the following publications:

Irv has been Guest Chef for The Florida Department of Agriculture, Culinary Theater; FRA
Show Orlando, FL; Judge, and multiple Guest Chef appearances and demonstrator for the Oyster Cook-off at The Hangout in Gulf Shores, Alabama; The Florida Agricultural Commission Recipe Contest at The Florida Spring Fest; The Pasta Challenge for Gulf Coast Community College, and Florida Skills USA.

“…an adventure…look for Chef Irv Miller to improvise on stated menu items to keep the cuisine lively.”

“Florida's Mango Gang is not confined to the Gold Coast, although
that's where it has the greatest name and fame for Floribbean fare. There are
outlying fringes all over the state, notably in northwest Florida in the unique village of Seaside, where                Bud & Alley's blazed all kinds of culinary breakthroughs. It's where Irv Miller, graduate of the Culinary
Institute of America, settled in for almost six years of hands-on exposure to
all the exciting flavors of New Florida cooking.” 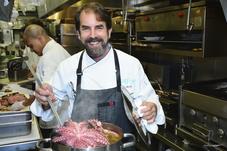 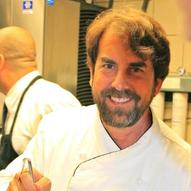